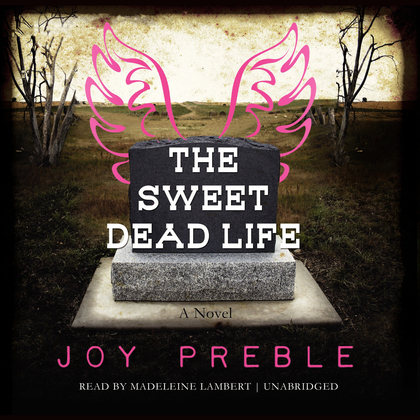 by Joy Preble (Author), Madeleine Lambert (Narrateur)
Excerpt
warning_amber
One or more licenses for this book have been acquired by your organisation details

"I found out two things today: One, I think I'm dying. And two, my brother is a perv."

So begins the diary of fourteen-year-old Jenna Samuels, who is having a very bad eighth-grade year. Her single mother spends all day in bed. Dad vanished when she was eight. Her sixteen-year-old brother, Casey, tries to hold together what's left of the family by working two after-school jobs—difficult, as he's stoned all the time. To make matters worse, Jenna is sick. When she collapses one day, Casey tries to race her to the hospital in their beat-up Prius and crashes instead.

Jenna wakes up in the ER to find Casey beside her. Beatified. Literally. The flab and zits? Gone. Before long, Jenna figures out that Casey didn't survive the accident at all. He's an "A-word" (she can't bring herself to utter the truth). Soon they discover that Jenna isn't just dying; she's being poisoned. And Casey has been sent back to help solve the mystery that not only holds the key to her survival, but also to their mother's mysterious depression and father's disappearance.