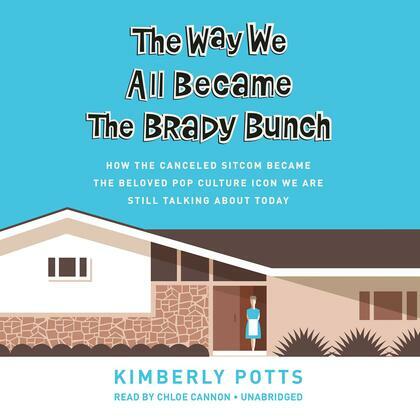 The Way We All Became The Brady Bunch

In celebration of the Brady Bunch's 50th anniversary, TV writer Kimberly Potts writes a Seinfeldia-like definitive history of the show that changed the family sitcom and made an indelible impact on pop culture.There isn't a person in this country who hasn't heard of The Brady Bunch. Whether it's the show they watched growing up, or the one their parents did--whether adored, or great to poke fun at--The Brady Bunch is unarguably one of the most enduring and inspiring TV shows of our time. It's lived a dozen lives, from its original comedy debut and big-screen movies, to the Emmy-winning TV auteurs it has inspired--everyone from Vince Gilligan to Seth MacFarlane--and promises to live many more. In The Way We All Became the Brady Bunch, TV and pop culture writer Kimberly Potts will draw upon her deep knowledge of and appreciation for The Brady Bunch and television and pop culture history, as well as her contacts, connections, and experience, to provide an industry insider narrative of The Brady Bunch. With fresh interviews, The Way We All Became the Brady Bunch will examine the show's lasting effects on its audience and take readers behind-the-scenes and into the lives of our most beloved characters, all to document why The Brady Bunch was one of the most groundbreaking shows of its time--and why it remains to this day, unforgettable.