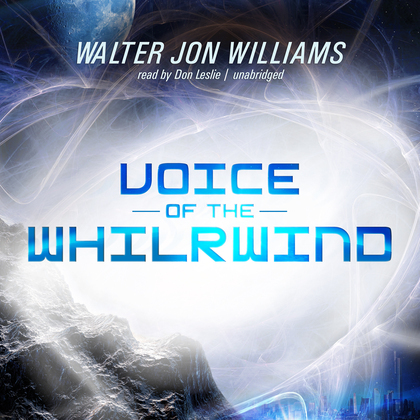 Voice of the Whirlwind

This second installment in a classic cyberpunk series is a fast-paced ride through a gritty, well-imagined world.

Steward is a clone, a beta. His memories are fifteen years old because his alpha never had a brain-scan update. And in those fifteen years, the entire world has changed. An alien race known as the Powers has established relations with humanity. The Policorp that held his allegiance has collapsed. He fought and survived the off-world Artifact War, but dozens of his friends did not. Both his first and second wives have divorced him. And, more importantly, someone has murdered him, causing the activation of the beta backup. Now Steward must probe into the horrors of the war, its politics and betrayals, to find out who wanted him dead—if he doesn’t want to die again.