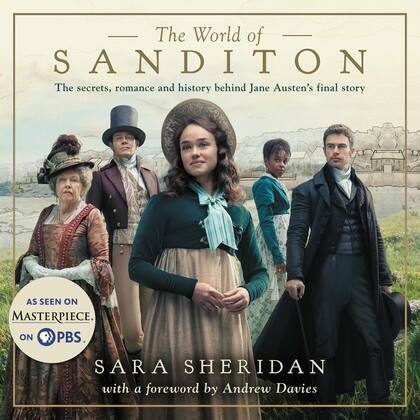 The World of Sanditon: The Official Companion

An exclusive behind-the-scenes look at the making of Jane Austen's Sanditon television series.

Sanditon, the final novel Austen was working on before her death, has been given an exciting conclusion, and will be brought to a primetime television audience on PBS/Masterpiece for the very first time by Emmy and BAFTA Award winning screenwriter Andrew Davies (War & Peace, Mr. Selfridge, Les Misérables, Pride and Prejudice).

This, the official companion to the Masterpiece series, contains everything a fan could want to know. It explores the world Austen created, along with fascinating insights about the period and the real-life heartbreak behind her final story. And it offers location guides, behind the scenes details, and interviews with the cast, alongside beautiful illustrations and set photography.