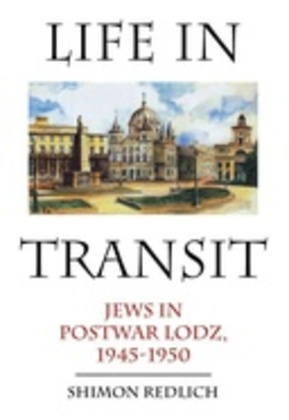 Life in Transit is the long-awaited sequel to Shimon Redlich’s widely acclaimed Together and Apart in Brzezany, in which he discussed his childhood during the War and the Holocaust. Life in Transit tells the story of his adolescence in the city of Lodz in postwar Poland. Redlich’s personal memories are placed within the wider historical context of Jewish life in Poland and in Lodz during the immediate postwar years. Lodz in the years 1945-1950 was the second-largest city in the country and the major urban center of the Jewish population. Redlich’s research based on conventional sources and numerous interviews indicates that although the survivors still lived in the shadow of the Holocaust, postwar Jewish Lodz was permeated with a sense of vitality and hope.