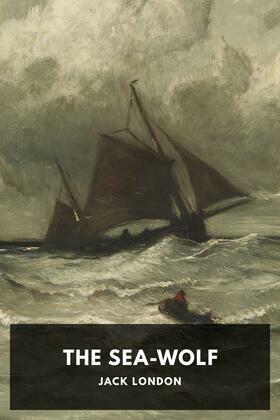 After a ferry accident on San Francisco Bay, literary critic Humphrey Van Weyden is swept out to sea only to be rescued by the seal-hunting schooner Ghost. Wolf Larsen, the captain of the Ghost, is brutal and cynical but also highly intelligent, and he has no intention of returning Van Weyden to shore. Van Weyden is forced to serve on the Ghost, leaving behind his comfortable world ashore and entering into a psychological battle with Larsen on the sea.

Jack London wrote The Sea-Wolf in 1904 following the success of his previous novel The Call of the Wild, and it has gone on to become one of his most popular novels. London actually served on a sealing schooner during his early career and that experience lends a gritty realism to his depiction of life at sea. The book can be read as a psychological thriller and adventure novel, but can also be read as a criticism of Nietzsche’s Übermensch philosophy with Wolf Larsen embodying a “superman” lacking conventional morality.