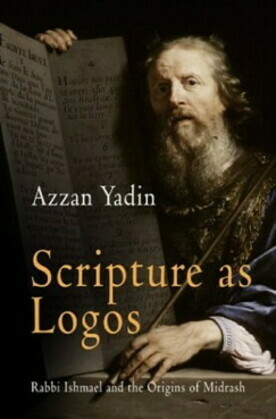 by Azzan Yadin (Author)
Buy for $75.00 Excerpt
Nonfiction Religion Judaism
warning_amber
One or more licenses for this book have been acquired by your organisation details

The study of midrash—the biblical exegesis, parables, and anecdotes of the Rabbis—has enjoyed a renaissance in recent years. Most recent scholarship, however, has focused on the aggadic or narrative midrash, while halakhic or legal midrash—the exegesis of biblical law—has received relatively little attention. In Scripture as Logos, Azzan Yadin addresses this long-standing need, examining early, tannaitic (70-200 C.E.) legal midrash, focusing on the interpretive tradition associated with the figure of Rabbi Ishmael.

This is a sophisticated study of midrashic hermeneutics, growing out of the observation that the Rabbi Ishmael midrashim contain a dual personification of Scripture, which is referred to as both "torah" and "ha-katuv." It is Yadin's significant contribution to note that the two terms are not in fact synonymous but rather serve as metonymies for Sinai on the one hand and, on the other, the rabbinic house of study, the bet midrash. Yadin develops this insight, ultimately presenting the complex but highly coherent interpretive ideology that underlies these rabbinic texts, an ideology that—contrary to the dominant view today—seeks to minimize the role of the rabbinic reader by presenting Scripture as actively self-interpretive.

Moving beyond textual analysis, Yadin then locates the Rabbi Ishmael hermeneutic within the religious landscape of Second Temple and post-Temple literature. The result is a series of surprising connections between these rabbinic texts and Wisdom literature, the Dead Sea Scrolls, and the Church Fathers, all of which lead to a radical rethinking of the origins of rabbinic midrash and, indeed, of the Rabbis as a whole.