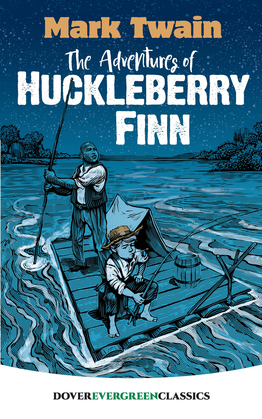 The Adventures of Huckleberry Finn

by Mark Twain (Author)
Buy for $5.99 Excerpt
Fiction Juvenile & young adult Classics Themes Boys & men Historical United States 19th century
warning_amber
One or more licenses for this book have been acquired by your organisation details
"You don't know about me, without you have read a book by the name of The Adventures of Tom Sawyer, but that ain't no matter. That book was made by Mr. Mark Twain, and he told the truth, mainly. There was things which he stretched, but mainly he told the truth."
With these words, Huckleberry Finn draws us into the narrative that forever changed the course of American literature. Huck's view of Southern life in the years leading up to the Civil War, delivered with a country boy's accent, sparked a new realism in storytelling.
Huck's voice is that of an outsider, fleeing the authority figures attempting to "sivilize" him. His companion, Jim, is a runaway slave whose bid for freedom is even more desperate. Their story ? raising issues of prejudice and racism, slavery and freedom ? faces questions no American novel had ever addressed. Loaded with hilarious escapades and unforgettable characters, this tale of adventures along the Mississippi River provides thought-provoking entertainment.
Format
EPUB
Protection
DRM Protected
Publication date
December 19, 2018
Publisher
Dover Publications
Collection
Dover Children's Evergreen Classics
Page count
400
ISBN
9780486836171
Paper ISBN
9780486828817
File size
1 MB