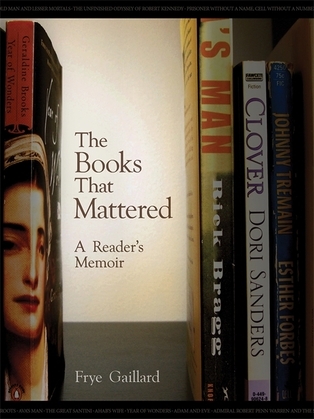 The Books That Mattered: A Reader's Memoir

Frye Gaillard's first encounters with books were disappointing. As a child he never cared much for fairy tales - "stories of cannibalism and mayhem in which giants and witches; tigers and wolves did their best to eat small children." But at the age of nine; he discovered Johnny Tremain; a children's novel of the Revolutionary War; which began a lifetime love affair with books; recounted here as a reader's tribute to the writings that enriched and altered his life. In a series of carefully crafted; often deeply personal essays; Gaillard blends memoir; history and critical analysis to explore the works of Harper Lee; Anne Frank; James Baldwin; Robert Penn Warren; John Steinbeck; and many others. As this heartfelt reminiscence makes clear; the books that chose Frye Gaillard shaped him like an extended family. Reading The Books that Mattered: A Reader's Memoir will make you study your own shelves to find clues into your own literary heart.