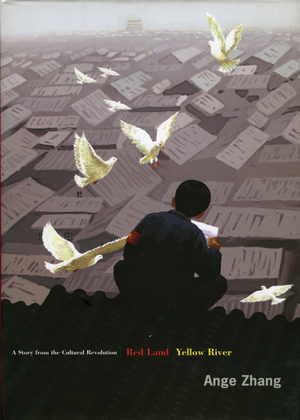 The amazing, dramatic, and painful autobiographical story of Ange Zhang as he came of age during the Cultural Revolution in China.

When Mao’s Cultural Revolution took hold in China in June 1966, Ange Zhang was thirteen years old. His father was a famous writer. Shortly after the revolution began, many of Ange’s classmates joined the Red Guard, Mao’s youth movement, and they drove their teachers out of the classrooms.

But in the weeks that followed, Ange discovered that his father’s fame as a writer now meant that he was a target of the new regime. When his father was arrested, he began to question everything that was happening in his country. Finally, Ange was forced to join many other young urban Chinese students in the countryside for re-education where he found the emotional space to develop his own artistic talent and to find that he, like his father, was an artist — except that Ange’s talent lay in painting and drawing.

This dramatic, painful autobiographical story is complemented by photographs, many drawn from Ange’s personal collection, as well as a non-fiction section that explains the historical period and is also illustrated with archival images.

Integrate information presented in different media or formats (e.g., visually, quantitatively) as well as in words to develop a coherent understanding of a topic or issue.