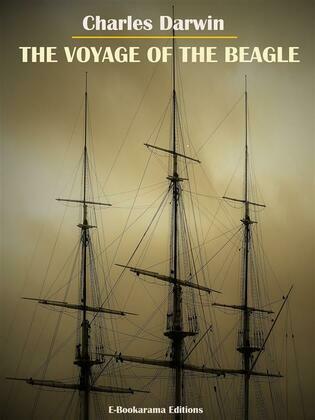 The Voyage of the Beagle

"The Voyage of the Beagle" shows the English naturalist Charles Darwin’s brilliant mind already at work on the problems that led to his seminal theory of evolution. The work’s title is somewhat misleading, for the author actually has little to say about the voyage. The original full title—"Journal of Researches into the Geology and Natural History of the Various Countries Visited by H.M.S. Beagle, Under the Command of Captain FitzRoy, R.N., from 1832 to 1836"—is a better reflection of the scope of the work.

"The Voyage of the Beagle" is not only an important book in the history of modern thought but also a highly significant one in the life of Darwin. As a young man, Darwin had little sense of vocation or direction. When he was sixteen, he began a career of medicine at Edinburgh University. Discovering, however, that he was unfit for the profession, he entered Christ College, Cambridge, three years later in 1828 to prepare himself to be a clergyman. Failing to take honors or to distinguish himself in any way, he accepted the offer of Captain Fitz Roy of the Beagle to sign on as a naturalist on a voyage around the world that eventually took five years. During that time, Darwin not only discovered himself and his career but also began making those observations that he later developed into the theory of evolution expounded in" On the Origin of Species" (1859). This work, together with the works of Karl Marx and of Sigmund Freud, constituted a powerful influence on twentieth century scientific thought and values.