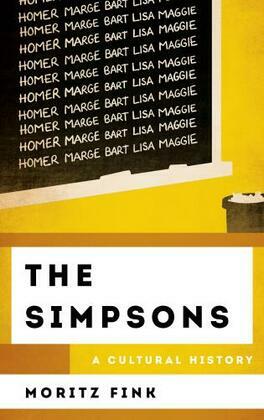 by Moritz Fink (Author)
Buy for $35.00 Excerpt
Nonfiction Arts Performing arts Animation Mass media Television Reference
warning_amber
One or more licenses for this book have been acquired by your organisation details

From its crudely drawn vignettes on The Tracey Ullman Show to its nearly 700 episodes, The Simpsons has evolved from an alternative programming experiment to a worldwide cultural phenomenon. At 30 seasons and counting, The Simpsons boasts the distinction as the longest-running fictional primetime series in the history of American television. Broadcast around the globe, the show’s viewers relate to a plethora of iconic characters—from Homer, Marge, Lisa, Maggie, and Bart to Kwik-E-Mart proprietor Apu, bar owner Moe, school principal Seymour Skinner, and conniving businessman Montgomery Burns, among many others.

In The Simpsons: A Cultural History, Moritz Fink explores the show’s roots, profiles its most popular characters, and examines the impact the series has had—not only its shaping of American culture but its pivotal role in the renaissance of television animation. Fink traces the show’s comic forerunners—dating back to early twentieth century comic strips as well as subversive publications like Mad magazine—and examines how the show, in turn, generated a new wave of animation that changed the television landscape.

Drawing on memorable scenes and providing useful background details, this book combines cultural analysis with intriguing trivia. In addition to an appreciation of the show’s landmark episodes, The Simpsons: A Cultural History offers an entertaining discussion of the series that will appeal to both casual fans and devoted aficionados of this groundbreaking program.