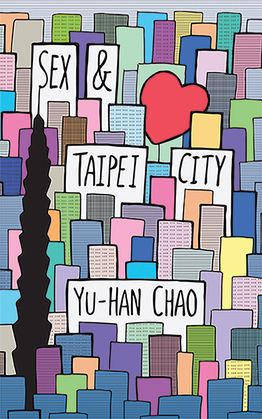 by Yu-Han Chao (Author)
Excerpt
Fiction Short stories
warning_amber
One or more licenses for this book have been acquired by your organisation details
“In these tales of love, lust and relationships gone awry, Yun-Han Chao portrays a city and culture of secret desires, hidden passions, and endless regret.” —Home Planet News

Sex in Taipei City is not what one expects: it is repressed, traded for cash, vengeful, sometimes awkward and almost always secretive.

In Sex & Taipei City, a diverse cast of characters finds relationships more trouble than they bargained for. Some are young and innocent: a teenager loses her virginity to a Ching Dynasty torture device in her family’s Strange Objects Museum. Some are far from innocent: a schoolgirl sells her body as an odd form of revenge and a grandfather alienates his family by watching Japanese porn at too loud a volume. For others, sexuality is a battle: a wife leaves her husband over a sexist joke, a foreign nanny steals an American baby, a mail order bride runs away, and a “spinster” beats up a pervert in the MRT station.

“Contemporary Taiwan’s contradictions come to life in Yu-Han Chao’s wonderful and gossipy collection Sex and Taipei City . . . These are the stories shared between rounds of karaoke that are so juicy and awful, you don’t realize it when your song comes on.” —Ed Lin, author of the Taipei Night Market novels
Publication date
June 10, 2021
Publisher
Red Hen Press
Page count
208
ISBN
9781597096676
Paper ISBN
9781597090438
File size
3 MB