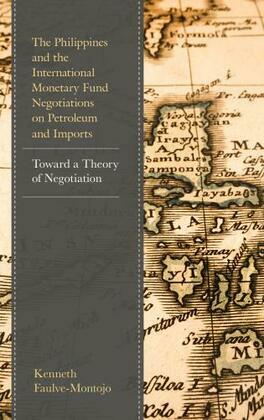 by Kenneth Faulve-Montojo (Author)
Buy for $115.00 Excerpt
Nonfiction Social science Political science International relations Business & economics Exports & imports
warning_amber
One or more licenses for this book have been acquired by your organisation details

In their negotiations with the International Monetary Fund, Philippine chief negotiators attempt to build coalitions to implement reform. Deference and “External-Internal” sequencing tactics are quite common, but the theoretical literature has not examined the conditions under which they are effective or marginalized. This study uses a “Within-Case Study Method of Causal Inference” to examine twenty-four observations from the years 1984-1994 that examine the interaction of the Philippine chief economic negotiators with the IMF, the Chief of Governments, international and domestic, and cabinet and societal veto players on the issues of petroleum price and import reforms. Through this approach, the study rules out alternative deductive system level theories to explain economic outcomes; refines the two-level game framework, generates a midrange typology on the pattern of successes and failures of the negotiations, and provides recommendations on manipulable variables for policy makers. The study suggests that these tactics are constrained by the leverage and signal provided by international veto players and the interaction between formal and informal domestic institutions.