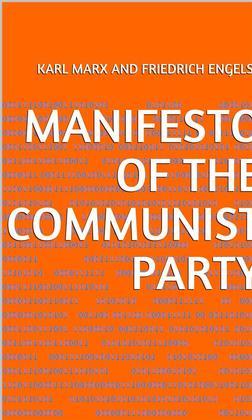 Manifesto Of The Communist Party

by Friedrich Engels (Author)
Buy for €7.99 Excerpt
Nonfiction Juvenile Politics & government
warning_amber
One or more licenses for this book have been acquired by your organisation details

The Communist Manifesto (originally Manifesto of the Communist Party) is an 1848 political pamphlet by German philosophers Karl Marx and Friedrich Engels. Commissioned by the Communist League and originally published in London (in the German language as Manifest der kommunistischen Partei) just as the revolutions of 1848 began to erupt, the Manifesto was later recognized as one of the world's most influential political manuscripts. It presents an analytical approach to the class struggle (historical and present) and the problems of capitalism and the capitalist mode of production, rather than a prediction of communism's potential future forms.