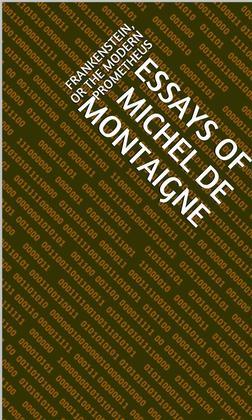 by Michel de Montaigne (Author)
Buy for €5.49 Excerpt
Nonfiction Juvenile Politics & government
warning_amber
One or more licenses for this book have been acquired by your organisation details

Essays of Michel De Montaigne Michel De Montaigne Translated by Charles Cotton Edited by William Carew Hazlitt 1877 The Essays of Michel de Montaigne are contained in three books and 107 chapters of variable length. Montaigne's stated design in writing, publishing and revising the Essays over the period from approximately 1570 to 1592 was to record for the 'private benefit of friends and kinsmen ... some traits of my character and of my humours.' The Essays were first published in 1580 and cover a wide range of topics. As Essai is French for "trial" or "attempt", so Montaigne attempted to explore his thoughts, his life and learning in written form. His essays are widely regarded as the predecessor of the modern essay: a focused treatment of issues, events and concerns past, present and future.