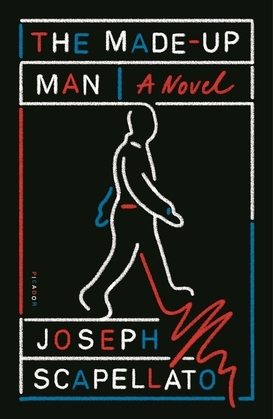 "Scapellato's blend of existential noir, absurdist humor, literary fiction, and surreal exploration of performance art merges into something special. . . . The Made-Up Man is a rare novel that is simultaneously smart and entertaining." ?Gabino Iglesias, NPR

Stanley had known it was a mistake to accept his uncle Lech?s offer to apartment-sit in Prague?he?d known it was one of Lech?s proposals, a thinly veiled setup for some invasive, potentially dangerous performance art project. But whatever Lech had planned for Stanley, it would get him to Prague and maybe offer a chance to make things right with T after his failed attempt to propose.

Stanley can take it. He can ignore their hijinks, resist being drafted into their evolving, darkening script. As the operation unfolds it becomes clear there?s more to this performance than he expected; they know more about Stanley?s state of mind than he knows himself. He may be able to step over chalk outlines in the hallway, may be able to turn away from the women acting as his mother or the men performing as his father, but when a man made up to look like Stanley begins to play out his most devastating memory, he won?t be able to stand outside this imitation of his life any longer.

Immediately and wholly immersive, Joseph Scapellato?s debut novel, The Made-Up Man, is a hilarious examination of art?s role in self-knowledge, a sinister send-up of self-deception, and a big-hearted investigation into the cast of characters necessary to help us finally meet ourselves.