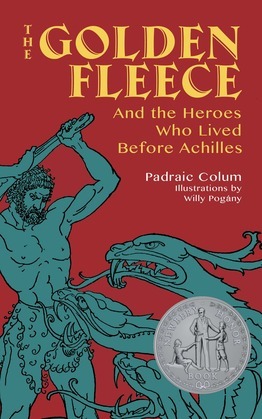 by Padraic Colum (Author), Willy Pogany (Illustrator)
Buy for $8.99 Excerpt
Fiction Juvenile & young adult Legends, myths, fables Greek & Roman
warning_amber
One or more licenses for this book have been acquired by your organisation details
"Still unequaled as an introduction to the classic myths." — Publishers Weekly
Written for young readers by a great Irish folklorist, this Newbery Award–winning anthology centers on the legend of the quest for the Golden Fleece. Generations of readers have thrilled to these classic retellings of ancient myths, which trace Jason and the Argonauts' voyages and their encounters with the foreseer Prometheus, Medea the sorceress, and other legendary characters. Stories of the heroes who accompanied Jason include "The Life and Labors of Heracles," "Theseus and the Minotaur," "How Orpheus the Minstrel Went Down to the World of the Dead," and other stirring tales.
Author Padraic Colum, who was active in the Irish literary renaissance and a founder of Dublin's Abbey Theatre, was also a popular children's writer. Skilled at recounting tales in a manner that attracts and holds kids' attention, Colum possessed a poetic style that continues to enchant audiences of all ages. His captivating tales are complemented by forty evocative illustrations by Willy Pogány.
Format
EPUB
Protection
DRM Protected
Publication date
August 15, 2018
Publisher
Dover Publications
Page count
256
ISBN
9780486833347
Paper ISBN
9780486824475
File size
9 MB