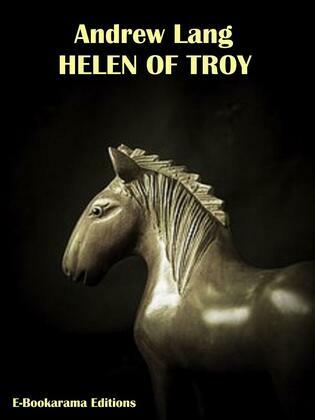 by Andrew Lang (Author)
Buy for €0.49 Excerpt
Fiction Juvenile & young adult Legends, myths, fables Greek & Roman
warning_amber
One or more licenses for this book have been acquired by your organisation details

In Greek mythology, Helen of Troy, also known as Helen of Sparta, was said to have been the most beautiful woman in the world. She was married to King Menelaus of Sparta but was abducted by Prince Paris of Troy after the goddess Aphrodite promised her to him in the Judgement of Paris. This resulted in the Trojan War when the Achaeans set out to reclaim her. She was believed to have been the daughter of Zeus and Leda, and was the sister of Clytemnestra, Castor, and Polydeuces.

Andrew Lang´s story in rhyme tells of the fortunes of this attractive character and the account of the sack of Troy. "Helen of Troy" was first published in 1882.

Andrew Lang (1844-1912) was a prolific Scots man of letters, a poet, novelist, literary critic and contributor to anthropology. He now is best known as the collector of folk and fairy tales. As a journalist, poet, critic and historian, he soon made a reputation as one of the ablest and most versatile writers of the day.