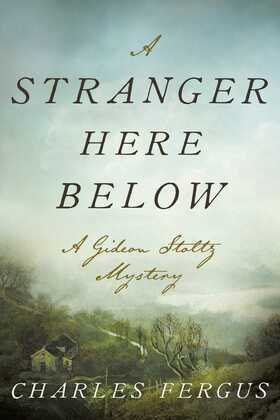 A Stranger Here Below

“Deeply imagined and intricately plotted, A Stranger Here Below marries richly textured historical fiction with the urgency of a mystery novel. Fergus knows certain things, deep in the bone: horses, hunting, the folkways of rural places, and he weaves this wisdom into a stirring tale.” – Geraldine Brooks, author of March and People of the Book

Set in 1835 in the Pennsylvania town of Adamant, Fergus’s first novel in a new mystery series introduces Sheriff Gideon Stoltz, who, as a young deputy, is thrust into his position by the death of the previous sheriff. Gideon faces his first real challenge as death rocks the small town again when the respected judge Hiram Biddle commits suicide. No one is more distraught than Gideon, whom the old judge had befriended as a mentor and hunting partner. Gideon is regarded with suspicion as an outsider: he’s new to town, and Pennsylvania Dutch in the back-country Scotch-Irish settlement. And he found the judge’s body.

Making things even tougher is the way the judge’s death stirs up vivid memories of Gideon’s mother’s murder, the trauma that drove him west from his home in the settled Dutch country of eastern Pennsylvania. He had also discovered her body.

At first Gideon simply wants to learn why Judge Biddle killed himself. But as he finds out more about the judge’s past, he realizes that his friend's suicide was spurred by much more than the man’s despair. Gideon’s quest soon becomes more complex as it takes him down a dangerous path into the past.

A Stranger Here Below is so atmospheric, so compelling and convincing, that readers will taste the grit of the dirt roads, cringe at the unsanitary conditions and medical superstitions that inflame a flu epidemic, and marvel at the immensely arduous task of carrying out an investigation using the primitive tools of the early 1800s. Fergus leaves us breathlessly waiting for the next Gideon Stoltz mystery.