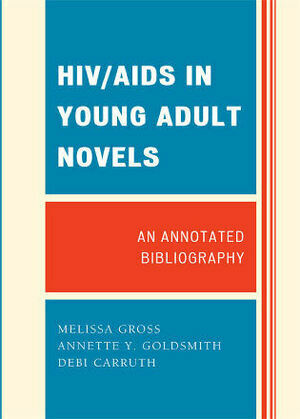 Not long after becoming public health concerns in the 1980s, HIV and AIDS were featured in a number of works of fiction, though such titles were written primarily for adult readers. Mirroring the disease's indiscriminate nature, however, the subject would soon be incorporated into novels aimed at young adults. Despite a need for accessible information on the subject, it is difficult to identify fiction that contains material about HIV/AIDS, as these books are seldom catalogued for this content, nor is this content consistently acknowledged in published reviews.

In HIV/AIDS in Young Adult Novels: An Annotated Bibliography, the authors address this gap by identifying and assessing the full range of young adult novels that include HIV/AIDS content. This resource is comprised of two major parts. The first part summarizes findings from a content analysis performed on novels written for readers aged 11-19, published since 1981, and featuring at least one character with HIV/AIDS. The second part is an annotated bibliography of the more than 90 novels identified for use in the study. Each entry in the bibliography contains an annotation that summarizes the plot and how HIV/AIDS is depicted in the story, an indication of the accuracy of the HIV/AIDS content, a note on how central HIV/AIDS is to the story, and an evaluation of the literary quality of the book. This work will assist readers in collecting, choosing, evaluating, and using these works to educate readers about HIV/AIDS.