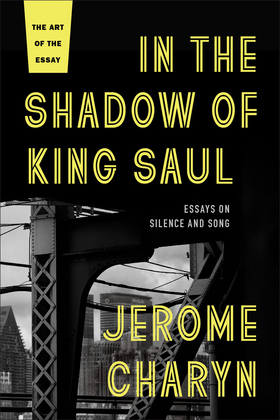 In the Shadow of King Saul

by Jerome Charyn (Author)
Buy for $16.99 Excerpt
Nonfiction Literary collections Essays
warning_amber
One or more licenses for this book have been acquired by your organisation details

"Jerome Charyn is one of the most important writers in American literature." —Michael Chabon

"With his customary linguistic verve and pulsing imagination, Charyn serves up here some of the tastiest essay writing available. He knows and loves New York past and present, and he draws on a lifetime of raucous experience and dedicated reading for a rich, heady, satisfying brew." —Phillip Lopate

In the New York Review of Books, Joyce Carol Oates expressed her admiration for an equally prolific contemporary: "Among Charyn's writerly gifts is a dazzling energy. . . . [He is] an exuberant chronicler of the mythos of American life"; the Los Angeles Times described him as "absolutely unique among American writers." In these ten essays, Charyn shares personal stories about places steeped in history and myth, including his beloved New York, and larger-than-life personalities from the Bible and from the worlds of film, literature, politics, sports, and the author's own family. Together, writes Charyn, these essays create "my own lyrical autobiography. Several of the selections are about other writers, some celebrated, some forgotten. . . . All of [whom] scalped me in some way, left their mark."

Jerome Charyn is the author of more than fifty works of fiction and nonfiction. Among other honors, Charyn has been named a Commander of Arts and Letters by the French Minister of Culture and received the Rosenthal Family Foundation Award for Fiction from the American Academy of Arts and Letters.