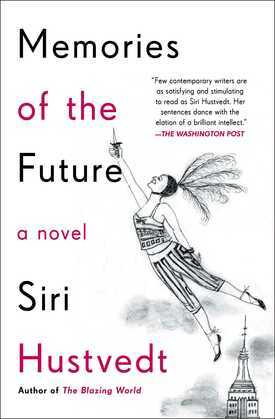 Memories of the Future

A provocative, exuberant novel about time, memory, desire, and the imagination from the internationally bestselling and prizewinning author of The Blazing World.

A young woman, S.H., moves to New York City in 1978 to look for adventure and write her first novel, but finds herself distracted by her mysterious neighbor, Lucy Brite. As S.H. listens to Lucy through the thin walls of her dilapidated building, she carefully transcribes the woman’s bizarre monologues about her daughter’s violent death and her need to punish the killer.

Forty years later, S.H. stumbles upon the journal she kept that year and writes a memoir, Memories of the Future, in which she juxtaposes the notebook’s texts, drafts from her unfinished comic novel, and her commentaries on them to create a dialogue among selves over the decades. She remembers. She misremembers. She forgets. Events of the past take on new meanings. She works to reframe her traumatic memory of a sexual assault. She celebrates the legacy of the wild and rebellious Dada artist-poet, the Baroness Elsa von Freytag-Loringhoven. As the book unfolds, you witness S.H. write her way through vengeance and into freedom.

Smart, funny, angry, and poignant, Hustvedt’s seventh novel brings together the themes that have made her one of the most celebrated novelists working today: the strangeness of time, the brutality of patriarchy, and the power of the imagination to remake the past.