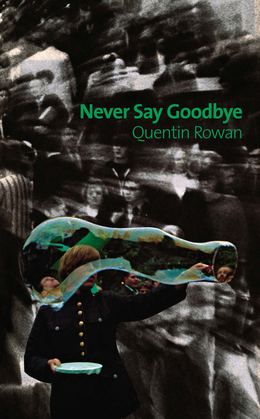 by Quentin Rowan (Author)
Nonfiction Biography & autobiography Personal memoirs
A powerful coming-of-age story as well as an in-depth examination of a long period of transgression, Never Say Goodbye is simultaneously a memoir and an unflinching confession. Beginning with his earliest memories of childhood theft and cheating, the author traces his path through juvenile delinquency and adolescent drug addiction to the solace he initially found in writing and other creative outlets. When he achieves sobriety at the age of twenty, however, insecurity about his early writing success begins to cloud his judgment and Rowan turns more and more frequently to stealing words from other authors.

The narrative follows Rowan’s attempts to navigate life in his early twenties, while he is simultaneously trying to become a well-known writer and not get found out. It describes the difficulty of leading a normal and honest life while keeping such a huge secret from friends and family, and culminates with the author’s descent into infamy.

Five days after the publication of his debut novel, the book is withdrawn by publisher Little, Brown after a barrage of media reports that large parts of it have been plagiarized from the work of other writers, The entire cancer of Rowan’s deception is revealed, and he is left to pick up the pieces and find a way to go on. Ultimately, the writing of this book - and the rediscovery of his own creative gifts - proves to be Quentin Rowan’s redemption.