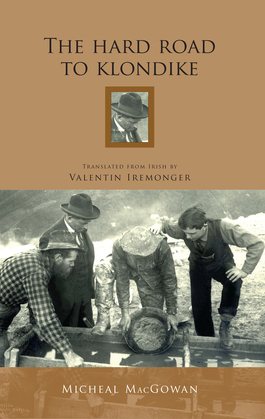 The Hard Road to Klondike: An Irish Emigrant's Travels in North America

Micheal MacGowan was born in 1865 in the parish of Cloghaneely in the Donegal gaeltacht. He was the eldest of twelve children in a poverty-stricken family, living in a thatched cottage and speaking no English. He ended his days in a large slate-roofed house in the same place. First published in Irish as Rotha Mór an tSaol, this is his account of the fate dealt to him by 'the Wheel of Life'. From the age of nine he was hired out for six consecutive summers at a hiring fee of 30 shillings. After emigration to Scotland and the drudgery of farmwork, he left for America and worked his way across the USA in steelmills and mines to Montana. He then took part in the Klondike gold-rush and vividly recounts his adventures and hardships in the primitive icy wastes of the Yukon. Home on holiday in 1901, he fell in love and stayed, using the money from the gold to buy land and a house. Told with the certainty and authority of someone who has 'lived' what he describes, this book reflects the author's indomitable spirit and loyalty to his native place and culture. He died in 1948.