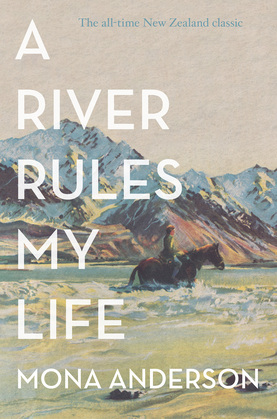 A River Rules My Life

The original and all-time classic of high-country station life in New Zealand Mount Algidus, the author's home, was one of the great high-country sheep stations of Canterbury, New Zealand. It occupied a mountain range between two ice rivers and lay in the very shadow of the Southern Alps. Published with the Mona Anderson estate as a beautiful hard-back, this new edition brings back the isolated world of the Wilberforce, the river that governed Mona's life for 33 years. In the early 1940s Algidus was regarded as some of the wildest, roughest farming land in New Zealand. 'The river was my Rubicon', Mona said. 'I had heard stories about the terrible Wilberforce: so many people had been drowned in it. I tried not to think about the time when I could have to cross it. But the road had come to an end at a corrugated iron shed. Somewhere beyond it I knew we would find the station, Mount Algidus, a green, high-country oasis amid the snow and the tussock...'