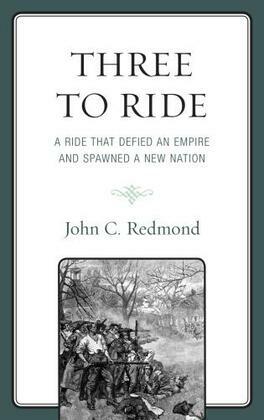 Three to Ride chronicles the events leading to the actions taken by British colonists in America against British troops, ultimately concluding in independence for the colonies. The subject is explored over time, beginning with discord between a number of English subjects and the religious teachings of both the Church of England and the Catholic Church. The intervening years between the first settlements in America and the breakout of hostilities against Britain are discussed in an effort to examine the colonists’ mindset in their rejection of subservience to Great Britain. The history that drove the American colonists to rebellion is fascinating and engrossing; understanding the attitudes and actions of the colonists who experienced this history is likewise compelling. Three to Ride presents the courage of singular individuals and groups during a momentous period.