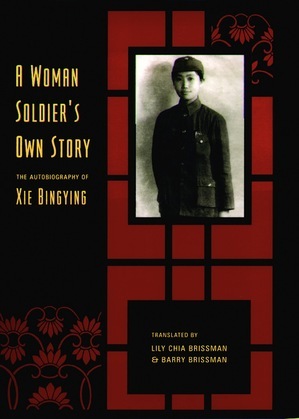 A Woman Soldier's Own Story

For the first time, a complete version of the autobiography of Xie Bingying (1906-2000) provides a fascinating portrayal of a woman fighting to free herself from the constraints of ancient Chinese tradition amid the dramatic changes that shook China during the 1920s, '30s, and '40s.

Xie's attempts to become educated, her struggles to escape from an arranged marriage, and her success in tricking her way into military school reveal her persevering and unconventional character and hint at the prominence she was later to attain as an important figure in China's political culture. Though she was tortured and imprisoned, she remained committed to her convictions. Her personal struggle to define herself within the larger context of political change in China early in the last century is a poignant testament of determination and a striking story of one woman's journey from Old China into the new world.