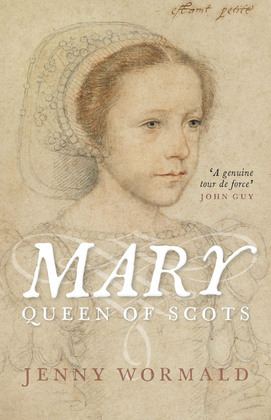 by Jenny Wormald (Author)
Excerpt
Nonfiction History History by country Europe Medieval Biography & autobiography Royalty
warning_amber
One or more licenses for this book have been acquired by your organisation details
The acclaimed Scottish historian offers a provocative reassessment of one of British royalty’s most famous figures in this authoritative biography.

Mary Stuart, Queen of Scots, has long been portrayed as one of history’s romantically tragic figures. Devious, naive, beautiful and sexually voracious, often highly principled, she secured the Scottish throne and bolstered the position of the Catholic Church in Scotland. Her plotting, including probable involvement in the murder of her husband Lord Darnley, led to her flight from Scotland and imprisonment by her equally ambitious cousin and fellow queen, Elizabeth of England. Yet when Elizabeth ordered Mary’s execution in 1587 it was an act of exasperated frustration rather than political wrath.

Unlike previous biographies of Mary, this masterly study eschews her romantic persona in order to shine a light on her role as a renaissance monarch. A leading historian of the period, Jenny Wormald traces the roots of Mary’s downfall to her way of dealing, or failing to deal, with the problems facing her as a ruler. She was tragic because she was born to supreme power yet wholly incapable of coping with its responsibilities.
Protection
DRM Protected
Format
EPUB
Publication date
February 12, 2021
Publisher
John Donald
Collection
The Stewart Dynasty in Scotland
Page count
400
ISBN
9780857903501
Paper ISBN
9781780275529
File size
12 MB