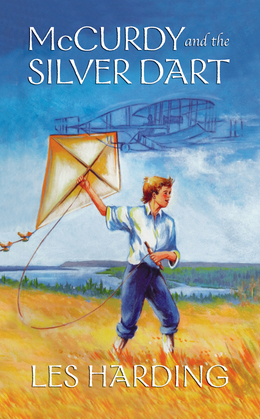 McCurdy and the Silver Dart

McCurdy and the Silver Dart recounts the thrilling story of J. A. McCurdy, Canada’s aviation pioneer. Born in Baddeck, Nova Scotia, Douglas McCurdy had a unique childhood during which he assisted world-famous scientist and inventor, Alexander Graham Bell in fascinating and frequently dangerous experiments conducted with kites and airplanes. He was the first person to fly an airplane in the British Empire. Later he became a barnstormer and daredevil pilot, taking part in some of the earliest air races. He was the first person to fly out of sight of land and the first pilot to receive a wireless message while airborne.