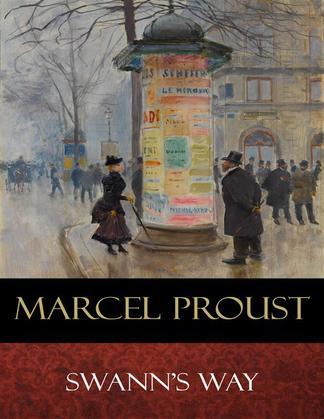 Marcel Proust Swann's Way (In Search of Lost Time) is one of the most entertaining reading experiences in any language and arguably the finest single work of the twentieth century. Since the original prewar translation there has been no completely new rendering of the original French. Now Proust's masterpiece accessible to a whole new generation.

Swann's Way tells two related stories, the first of which revolves around Marcel, a younger version of the narrator, and his experiences in, and memories of, the French town Combray. Inspired by the "gusts of memory" that rise up within him as he dips a Madeleine into hot tea, the narrator discusses his fear of going to bed at night. He is a creature of habit and dislikes waking up in the middle of the night not knowing where he is.

Swann's Way is one of the preeminent novels of childhood-a sensitive boy's impressions of his family and neighbors, all brought dazzlingly back to life years later by the famous taste of a madeleine. It also enfolds the short novel Swann's Love, an incomparable study of sexual jealousy, which becomes a crucial part of the vast, unfolding structure of In Search of Lost Time. The first volume of the book that established Proust as one of the finest voices of the modern age-satirical, skeptical, confiding, and endlessly varied in his response to the human condition-Swann's Way also stands on its own as a perfect rendering of a life in art, of the past re-created through memory.

The novel recounts the experiences of the Narrator (who is never definitively named) while he is growing up, learning about art, participating in society, and falling in love.