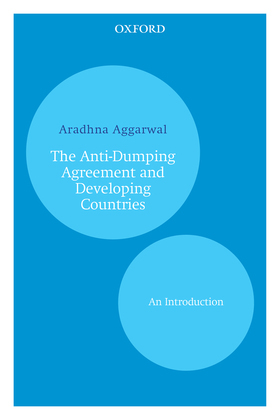 The Anti-Dumping Agreement and Developing Countries

In the era of globalization, trade policy has become a key development tool and expanding exports a major policy objective for developing countries. However, pressures for protectionism are threatening to reverse the gains. The surge of anti-dumping practices in the 1990s in many countries have triggered an intense debate on the anti-dumping agreement and its implementation. This volume analyses the importance of anti-dumping from a developing country's perspective. The author investigates the use of anti-dumping in a comparative framework and reviews the genesis and evolution of the Agreement and its legal provisions. She further discusses the economic and non-economic justifications of anti-dumping use and empirically analyses the macro-economic factors motivating countries to use anti-dumping. Finally she examines the wide-ranging proposals to reform the WTO anti-dumping code. The analysis brings out a bias against developing countries and stresses the need for fundamental reform of current anti-dumping rules. The author also reflects on plausible approaches to refine existing provisions and explores the possibility of reform by including a Public Interest Test. She suggests updating the special and differential treatment provisions to remedy existing imbalances.