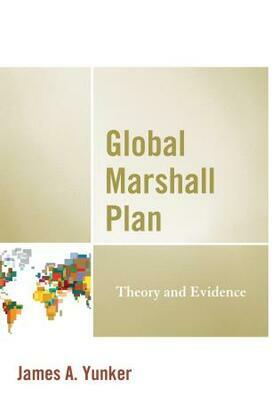 Today’s foreign aid programs are small-scale because of the widespread belief that they are ineffective. This could be an example of a self-fulfilling prophecy: small scale virtually guarantees ineffectiveness. However, the pervasive contemporary pessimism regarding global economic inequality is most likely unfounded. The research described in this book suggests that a properly designed and sufficiently massive economic development assistance project—a Global Marshall Plan—could tremendously reduce the economic gap between the richest and poorest nations within a 50-year planning period. Enrichment of the poor nations would not entail impoverishment of the rich nations. The actual cost of the GMP program to the populations of the rich nations would be a very slight and virtually unnoticeable reduction in the rate of growth of their living standards.

The model incorporates features suggested by the skeptical literature on foreign aid, and it is shown that if certain key parameter values are sufficiently adverse, the GMP would indeed be ineffective. However, extensive sensitivity analysis demonstrates that the optimistic benchmark results are robust against wide variations in the numerical values of most model parameters. The fundamental policy implication of this research is that only an actual real-world experiment with a Global Marshall Plan could reliably determine whether or not it would be successful.