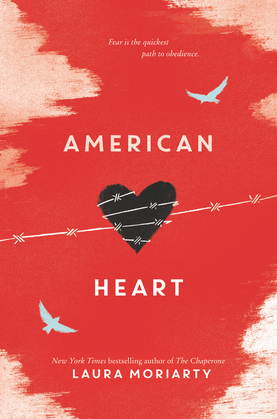 Imagine a United States in which registries and detainment camps for Muslim-Americans are a reality.

Fifteen-year-old Sarah-Mary Williams of Hannibal, Missouri, lives in this world, and though she has strong opinions on almost everything, she isn’t concerned with the internments because she doesn’t know any Muslims. She assumes that everything she reads and sees in the news is true, and that these plans are better for everyone’s safety.

But when she happens upon Sadaf, a Muslim fugitive determined to reach freedom in Canada, Sarah-Mary at first believes she must turn her in. But Sadaf challenges Sarah-Mary’s perceptions of right and wrong, and instead Sarah-Mary decides, with growing conviction, to do all she can to help Sadaf escape.

The two set off on a desperate journey, hitchhiking through the heart of an America that is at times courageous and kind, but always full of tension and danger for anyone deemed suspicious.