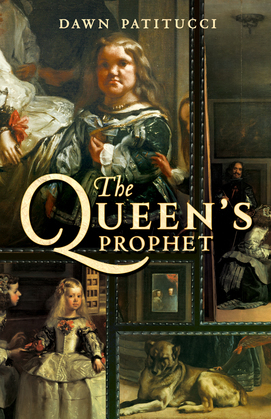 by Dawn Patitucci (Author)
Buy for $17.99 Excerpt
Fiction Historical Modern (<1799) English literature American and Canadian literature
warning_amber
One or more licenses for this book have been acquired by your organisation details

CRITICAL ACCLAIM: The Queen's Prophet received glowing reviews from trade outlets, including Library Journal, which recommended it to fans of Game of Thrones.

POPULAR GENRE: Set in the height of the Spanish Inquisition, this masterpiece of historical fiction will thrill readers.

UNUSUAL PROTAGONIST: Maribarbola is a historical figure given a new voice by Patitucci. Not only is she a female, but she is a dwarf, which lends itself to a compelling story.