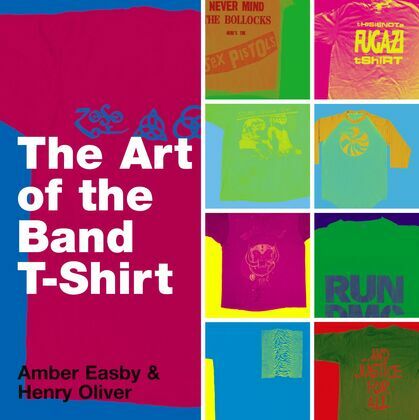 The Art of the Band T-shirt

by Amber Easby (Author), Henry Oliver (Author)
Excerpt
Nonfiction Arts Music History & criticism
warning_amber
One or more licenses for this book have been acquired by your organisation details

T-shirts were just unadorned undergarments. But with the evolution of screen printing and the birth of band merchandising, T-shirts became so much cooler. Now every band with an ounce of savvy knows the importance of T-shirts not only as a lucrative sideline but also as a means of self- promotion and a way for fans to show their allegiance.

The Art of the Band T-shirt is a visual history of that perennial fashion statement, complete with nearly two hundred images of the most important, influential, iconic, and ironic T-shirts. It includes shirt images from artists as diverse as Led Zeppelin, the Ramones, Madonna, Morrissey, Public Enemy, and the Flaming Lips, each with a caption that includes historical background, little-known facts, or an artist's comments about the design.

A fascinating, beautifully illustrated archive for hipsters, fashionistas, serious collectors, and all music fans, The Art of the Band T-shirt is as indispensable and classically cool as the perfect T-shirt.