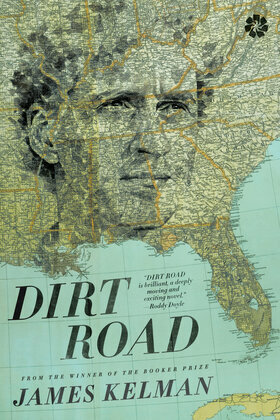 by James Kelman (Author)
Fiction Literary English literature British literature
After his mother’s recent death, sixteen-year old Murdo and his father travel from their home in rural Scotland to Alabama to be with his American aunt and émigré uncle for a few weeks. Stopping at a small town on their way from the airport, Murdo happens upon a family playing zydeco music and joins them, leaving with a gift of two CDs of southern American songs. “Ye meet people and they have lives, but ye don’t,” thinks Murdo, an aspiring musician.

While at their kind relatives’ house, the grieving father and son share no words of comfort with each other, Murdo losing himself in music while his reticent and protective dad escapes through books. The aunt, “the very very best,” Murdo calls her, provides whatever solace he receives, until his father comes around in a scene of great emotional release.

As James Wood has written in The New Yorker, “The pleasure, as always in Kelman, is being allowed to inhabit mental meandering and half-finished thoughts, digressions and wayward jokes, so that we are present” with his characters. Dirt Road is a powerful story about the strength of family ties, the consolation of music, and one unforgettable journey from darkness to light.