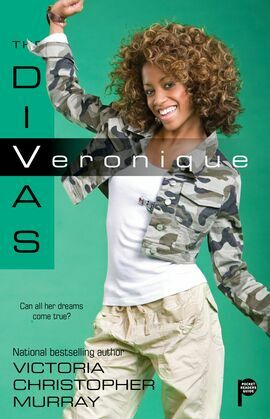 From the bestselling author of The Personal Librarian comes the third in the The Divas series following the stories of four fifteen-year-old girls who form their own singing group.

Veronique wants to be a star just as much as her fellow Divas do, but there's more to it than just fame for her. Unlike her middle-class friends at Holy Cross Prep, Veronique is there on scholarship, and if she wins a recording contract, she can move her mother and brothers out of their crummy apartment.

But Veronique has another dream that's hers alone. She longs to meet her dad, who disappeared to New York when she was just a baby. Could going to the Big A with the other Divas be Veronique's big chance to find him? Veronique knows she'll have to do some legwork on her own, though, so she turns to the internet for help. While it seems like a miracle when she gets a response, her friends aren't so sure. Is Veronique putting herself in danger, just when the Divas are on the brink of really making it big? And will her faith and her friends be enough to keep her safe?