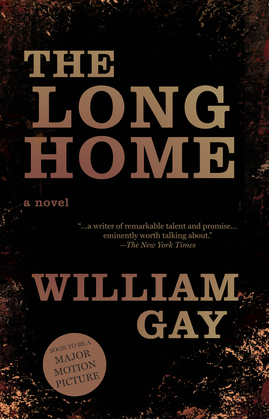 by William Gay (Author)
Fiction Literary Romance Gothic
In a literary voice that is both original and powerfully unsettling, William Gay tells the story of Nathan Winer, a young and headstrong Tennessee carpenter who lost his father years ago to a human evil that is greater and closer at hand than any the boy can imagine - until he learns of it first-hand. Gay's remarkable debut novel, The Long Home, is also the story of Amber Rose, a beautiful young woman forced to live beneath that evil who recognizes even as a child that Nathan is her first and last chance at escape. And it is the story of William Tell Oliver, a solitary old man who watches the growing evil from the dark woods and adds to his own weathered guilt by failing to do anything about it.

Set in rural Tennessee in the 1940s, The Long Home will bring to mind once again the greatest Southern novelists and will haunt the reader with its sense of solitude , longing, and the deliverance that is always just out of reach.