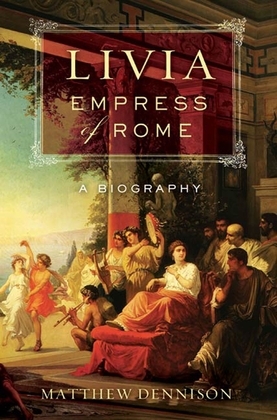 Rome is a subject of endless fascination, and in this new biography of the infamous Empress Livia, Matthew Dennison brings to life a woman long believed to be one of the most feared villainesses of history.

Second wife of the emperor Augustus, mother of his successor Tiberius, grandmother of Claudius and great grandmother of Caligula, the empress Livia lived close to the center of Roman political power for eight turbulent decades. Her life spanned the years of Rome's transformation from Republic to Empire, and witnessed both its triumphs under the rule of Augustus and its lapse into instability under his dysfunctional successor.

Livia was given the honorific title Augusta in her husband's will, and was posthumously deified by the emperor Claudius?but posterity would prove less respectful. The Roman historian Tacitus anathematized her as "malevolent" and a "feminine bully" and inspired Robert Graves's celebrated twentieth-century depiction of Livia in I, Claudius as the quintessence of the scheming matriarch, poisoning her relatives one by one to smooth her son's path to the imperial throne.

Livia, Empress of Rome rescues the historical Livia from the crude caricature of popular myth to paint an elegant and richly textured portrait. In this rigorously researched biography, Dennison weighs the evidence found in contemporary sources to present a more nuanced assessment. Livia's true "crime," he reveals, was not murder but the exercise of power. The Livia who emerges here is a complex, courageous and gifted woman, and one of the most fascinating and perplexing figures of the ancient world.