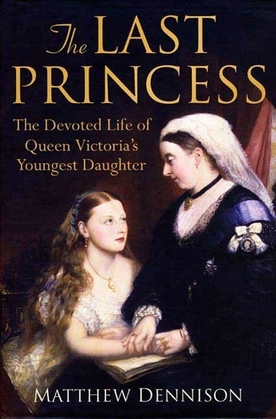 An engrossing biography of Queen Victoria's youngest daughter that focuses on her relationship with her willful mother--a powerful and insightful look into two women of significant importance and influence in world history.

Beatrice was the last child born to Queen Victoria and Prince Albert. Her father died when she was four and Victoria came to depend on her youngest daughter absolutely, and also demanded from her complete submission. Victoria was not above laying it down regally even with her own children. Beatrice succumbed to her mother's obsessive love, so that by the time she was in her late teens she was her constant companion and running her mother's office, which meant that when Victoria died her daughter became literary executor, a role she conducted with Teutonic thoroughness. And although Victoria tried to prevent Beatrice even so much as thinking of love, her guard slipped when Beatrice met Prince Henry of Battenberg. Sadly, Beatrice inherited from her mother the hemophilia gene, which she passed on to two of her four sons and which her daughter Victoria Eugenia, in marrying Alfonso XIII of Spain, in turn passed on to the Spanish royal family. This new examination will restore her to her proper prominence--as Queen Victoria's second consort.