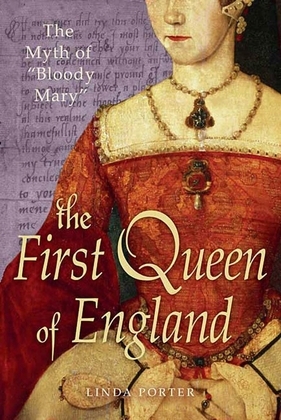 The Myth of "Bloody Mary"

In this groundbreaking new biography of "Bloody Mary," Linda Porter brings to life a queen best remembered for burning hundreds of Protestant heretics at the stake, but whose passion, will, and sophistication have for centuries been overlooked.

Daughter of Henry VIII and Katherine of Aragon, wife of Philip of Spain, and sister of Edward VI, Mary Tudor was a cultured Renaissance princess. A Latin scholar and outstanding musician, her love of fashion was matched only by her zeal for gambling. It is the tragedy of Queen Mary that today, 450 years after her death, she remains the most hated, least understood monarch in English history.

Linda Porter's pioneering new biography?based on contemporary documents and drawing from recent scholarship?cuts through the myths to reveal the truth about the first queen to rule England in her own right. Mary learned politics in a hard school, and was cruelly treated by her father and bullied by the strongmen of her brother, Edward VI. An audacious coup brought her to the throne, and she needed all her strong will and courage to keep it. Mary made a grand marriage to Philip of Spain, but her attempts to revitalize England at home and abroad were cut short by her premature death at the age of forty-two. The first popular biography of Mary in thirty years, The First Queen of England offers a fascinating, controversial look at this much-maligned queen.