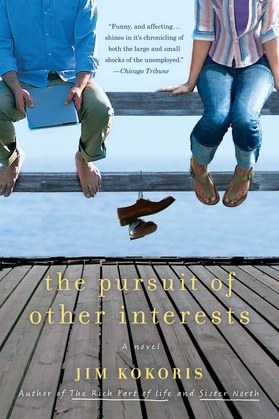 The Pursuit of Other Interests

Charlie Baker is a neurotic but charming 50-year-old workaholic CEO of a major Chicago ad agency who seems to have it all: an impressive house in an upscale suburb, an equally impressive salary, the requisite pretty wife and accomplished son. All of this comes crashing down when Charlie is unceremoniously fired. In an instant, his life is transformed from corporate titan to just another out of work American.

For Charlie?an admitted workaholic?a world without a job is a strange world indeed. Rather than tell his family, every morning Charlie leaves home to spend his days at an outplacement firm, where he meets a cast of equally desperate corporate misfits. As Charlie reluctantly embarks on a journey of self-discovery, he finds out what happens when his work life is lost and his real life begins.

Humorous, poignant, and honest, The Pursuit of Other Interests offers a glimpse into the lives, hearts, and minds of the 21st-century American family.