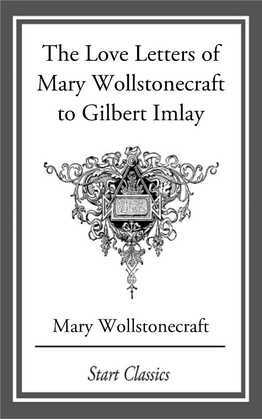 Mary Wollstonecraft was a British author, philosopher, and advocate of women s rights. Raised by an abusive and neglectful father, Wollstonecraft was determined to have her own livelihood, and worked as a teacher and governess before becoming a translator and advisor for Joseph Johnson, a publisher of radical texts, in 1788. It was during this time that she wrote her most famous work, A Vindication of the Rights of Woman, in which she argued against the idea that women are helpless and inferior to men, which was followed by Maria, or the Wrongs of Woman, which asserted that women had strong sexual desires.

Wollstonecraft passed away tragically in 1797, ten days after the birth of her second daughter, Mary, who would go on to write the literary classic Frankenstein. The life and death of Mary Wollstonecraft has been the subject of many biographies, including one written by her husband, Memoirs of the Author of a Vindication of the Rights of Woman, published in 1798.