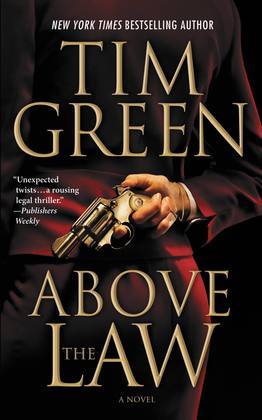 by Tim Green (Author)
Excerpt
Fiction Thrillers
warning_amber
One or more licenses for this book have been acquired by your organisation details
Readers last saw Casey Jordan in The Letter of the Law, where she defended her law professor for the grisly murder of a student only to discover he was guilty. After, Casey left her high-powered practice and wealthy husband and opened a legal aid clinic.

When an illegal Mexican immigrant is shot on a ranch outside Dallas, it makes the news, not because of the immigrant, but because of the shooter, Senator Tucker Dean. It looks like a hunting accident, and the well-loved young Senator spins the disaster artfully with his tearful press conference. . . until the sister in law of the victim steps forward with another tale.

The senator's wife was regularly visiting the victim, so Casey theorizes he was shot by the husband for revenge. When INS takes the victim's daughter away and tries to deport his wife, it looks like a cover-up of epic proportions. Casey approaches the D.A.'s office with information, only to discover that no prosecutor will take on this case. The senator is powerful and on track for a presidential nomination in a few years, so no one wants to tangle with him.

Casey is determined to see the truth come out. If the state won't prosecute a murderer, she will sue him in civil court on behalf of the mother. But this popular senator is wily, vindictive, and dangerous. What will happen to Casey when she goes up against a man who seems above the law?
Protection
DRM Protected
Format
EPUB
Publication date
February 22, 2009
Publisher
Grand Central Publishing
ISBN
9780446594820
Paper ISBN
9780446544085