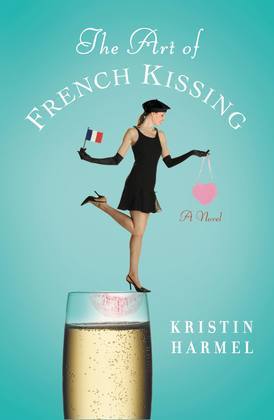 The Art of French Kissing

by Kristin Harmel (Author)
Excerpt
Fiction Romance Contemporary Contemporary women
warning_amber
One or more licenses for this book have been acquired by your organisation details
How do you say, 'So many men, so little time,' in French?

Well, Emma Sullivan can always figure that out later. The point is -- she's in Paris! Which would be great, except that she's stuck doing public relations for one of the hottest -- and craziest -- rock stars on the planet. Making things worse is Gabriel Francoeur, the sexy and stubborn reporter who refuses to believe her when she tells him that her client was just playing Go Fish in that hotel room with all those scantily-clad girls . . .

But Emma will always have Paris. The City of Light, of romance, of high fashion and of unfathomable varieties of cheese. If a girl can't reinvent herself here, there's no hope! It's time to leave the old Emma Sullivan behind and become someone courageous, exciting, successful. The type of girl who, when faced with a reporter who won't stop asking questions, knows just what to do. After all, they don't call it French kissing for nothing!
Publication date
February 24, 2008
Publisher
5 Spot
ISBN
9780446592604
Paper ISBN
9780446511605