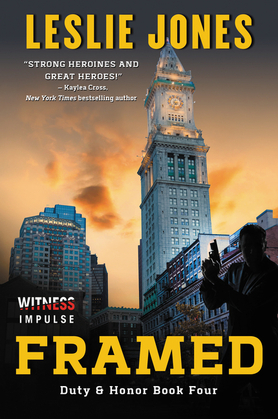 The next action-packed thriller from the author of Night Hush, Bait, and Deep Cover…

When former hacker turned FBI cybersecurity specialist Hadley "Lark" Larkspur is asked to analyze a piece of malware, she never imagines the simple task will put her on the radar of underworld criminals. After armed gunmen try to abduct her outside a nightclub, though, it’s suddenly clear she’s in way over her head.

Delta Force operator Thomas "Mace" Beckett is in Boston awaiting his next assignment when he witnesses an attempted kidnapping. His training forces him to intervene, but then the woman pulls a gun on him. Mace isn’t sure what to make of the spitfire holding him hostage, but he quickly discovers that Lark is an innocent pawn in a dangerous game. Someone has framed her for the theft of millions from the mafia, and they want her to pay... in blood, if necessary.

With only days to find the funds, Lark and Mace scramble to track the real culprit. But their investigation unexpectedly leads straight to the heart of a terrible plot, one that could mean death for thousands. The criminals have stolen something far worse than money... and it’s about to be auctioned off to the highest bidder.