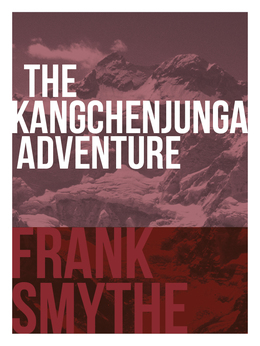 We went to Kangchenjunga in response not to the dictates of science, but in obedience to that indefinable urge men call adventure.' In 1930, an expedition set out to climb the world's third-highest mountain, Kangchenjunga. As yet unclimbed, a number of attempts had been made on the peak, including two in the previous year. The Kangchenjunga Adventure records Frank Smythe's attempts as part of an international team to reach the summit, how a deadly avalanche, which killed one of the sherpas, brought an end to their climb and how they turned their attentions instead to Jonsong Peak, which offered a more appealing alternative to risky assaults on the greatest peaks. Smythe's books from this period give compelling reads for anyone with an interest in mountaineering: riveting adventures on the highest peaks in the world, keen observations of the mountain landscape and a fascinating window into early mountaineering, colonial attitudes and Himalayan exploration. Smythe was one of the leading mountaineers of the twentieth century, an outstanding climber who, in his short life "?? he died aged forty-nine "??was at the centre of high-altitude mountaineering development in its early years. He climbed extensively in the Alps, gained the summit of Kamet (the highest peak then climbed) in 1931 and, on the 1933 Everest Expedition, reached a point higher than ever before achieved. Author of twenty-seven immensely popular books, he was an early example of the climber as celebrity.