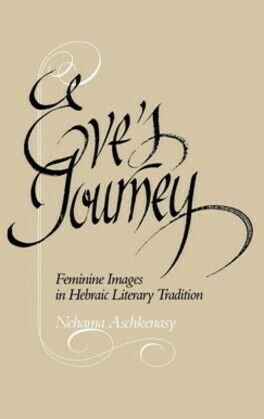 by Nehama Aschkenasy (Author)
Buy for $55.00 Excerpt
Nonfiction Religion Judaism Literary essays
warning_amber
One or more licenses for this book have been acquired by your organisation details

In Eve's Journey, Nehama Aschkenasy traces the migration of several female images and feminine situations from their early appearances in Biblical writings to their incarnations in modern Hebraic literature. Focusing on the evolution of early female archetypes and prototypes, Aschkenasy uncovers the ancient roots of modern female characters and traces the changing cultural perceptions of women in Hebraic letters.

The author draws on the vast body of Hebraic literary documents to illustrate how the female character is a mirror of her times as well as being a product of her creator''s imagination and conception of the woman's role in society and in fiction. The historical spectrum, provided by a discussion of Biblical narratives, Midrashic sources, documents of the Jewish mystics, Hasidic tales, and modern Hebrew works, allows an understanding of the metamorphosis that the female figure has experienced in her literary odyssey.