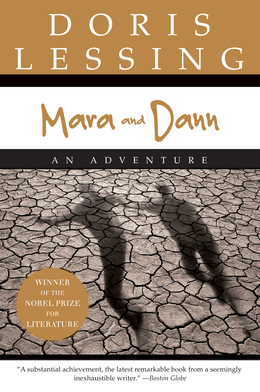 Thousands of years in the future, all the northern hemisphere is buried under the ice and snow of a new Ice Age. At the southern end of a large landmass called Ifrik, two children of the Mahondi people, seven-year old Mara and her younger brother, Dann, are abducted from their home in the middle of the night. Raised as outsiders in a poor rural village, Mara and Dann learn to survive the hardships and dangers of a life threatened as much by an unforgiving climate and menacing animals as by a hostile community of Rock People. Eventually they join the great human migration North, away from the drought that is turning the southern land to dust, and in search of a place with enough water and food to support human life. Traveling across the continent, the siblings enter cities rife with crime, power struggles, and corruption, learning as much about human nature as about how societies function. With a clear-eyed vision of the human condition, Mara and Dann is imaginative fiction at its best.